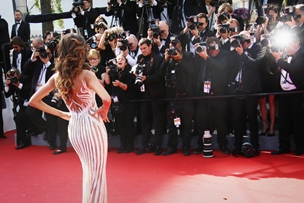 Celebrities aren’t generally known for being great with money.  The stories of Mike Tyson, 50 Cent and even Donald Trump (whose companies have declared bankruptcy 6 times!) are well known on the internet.

What’s less well known are the many famous celebrity investors.  And they all use their financial savvy in a particular way that’s enabled them to make the most of their good fortune.

A quick search turns up some interesting snippets of celebrities good with money:

But they’re far from the only ones.

Here are another 4 surprising celebrities good with money, and what we can learn from each of them.

Long before he hosted “The Tonight Show”, a young Jay Leno worked two jobs.  His day job was at a car dealership, and he also struggled with a comedic career.  But with his two jobs came a brilliant money management strategy.  He saved his wage from the dealership and spent his earnings from stand-up comedy shows.

As his career in comedy started to take off, he switched the spend/save priorities.  He now banked the higher comedian income while living on his car dealership wages.  It’s a strategy he’d continue to maintain through life.  Even at the height of his fame (hosting “The Tonight Show”), he’d bank $30 million each year while living on what he made from other comedic gigs.

This simple strategy of saving one income stream and spending the other hasn’t gone unnoticed.  In fact, one enterprising couple were so inspired, they used the same idea to retire in their late 30s. 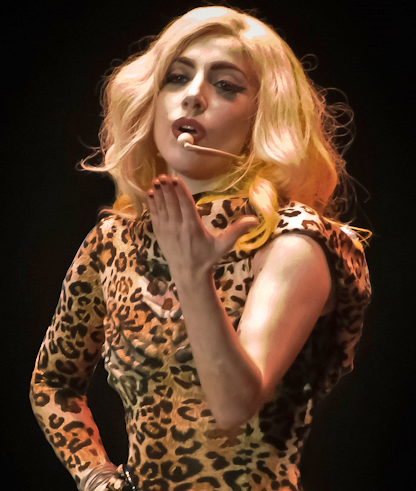 As far as celebrities good with money go, Lady Gaga wouldn’t be a name on people’s lips.  Worth $275 million , the eccentric entertainer could be excused if she led a lavish lifestyle.

Her manager’s gone on record complaining about her infrequent use of credit cards.  She’s also a well-known fan of using coupons and a self-proclaimed bargain hunter.

In fact, she’s gone so far as to mention reaction to her thrifty ways on Twitter.

Gaga shows that even if you have the means to live the high life, you don’t necessarily need to. 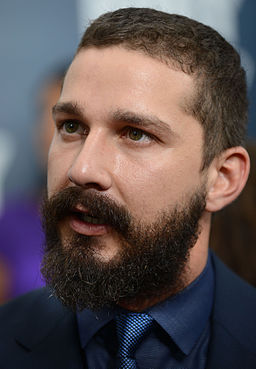 A star in the acting industry, Shia LaBeouf has shunned the recent limelight and big pay days to explore different artistic avenues.

But he may not need the 7 or 8 figure earnings from movies any more since developing a valuable financial skill: stock trading.

For the 2008 movie “Wall Street 2”, LaBeouf played a young trader and needed to learn a lot about the financial world for the role.  Setting up a account with $20,000, he then set about practicing trading – with spectacular results.

While he was quick to admit he had great advisors, he also spent plenty of time doing the hard yards as well.  He studied and passed the test to become a licensed broker-dealer.  Practical work experience at brokerage firm Schottenfeld Group followed, where he traded on behalf of the firm’s clients.

David Bowie: Use Your Assets In An Unexpected Way

The mega-star amassed a fortune of hundreds of millions of pounds before his recent death.  Plus, he’s also one of the few entertainers to actually have their face on printed currency.

It’s less well known that a terrible record deal left him almost bankrupt in the mid-1970s.  Seizing back control of his finances by forming his own company, Bowie rebuilt his fortune.

But it was his masterstroke in creating “Bowie Bonds” in the late 1990s that drew praise from the financial world as “astute”.

The bonds, sold to investors and serviced by royalties from his many albums and hits, earned him almost 40 million pounds.  The unexpected but successful investment model was soon followed by other artists such as Rod Stewart and the band Iron Maiden.

Each of these famous celebrities invested time and energy into successful careers.  But they’ve all shown a “financial intelligence”  that can be applied by anyone.

Take a look at what each celebrity has done.  Is there anything you can do that might help boost your own fortunes?